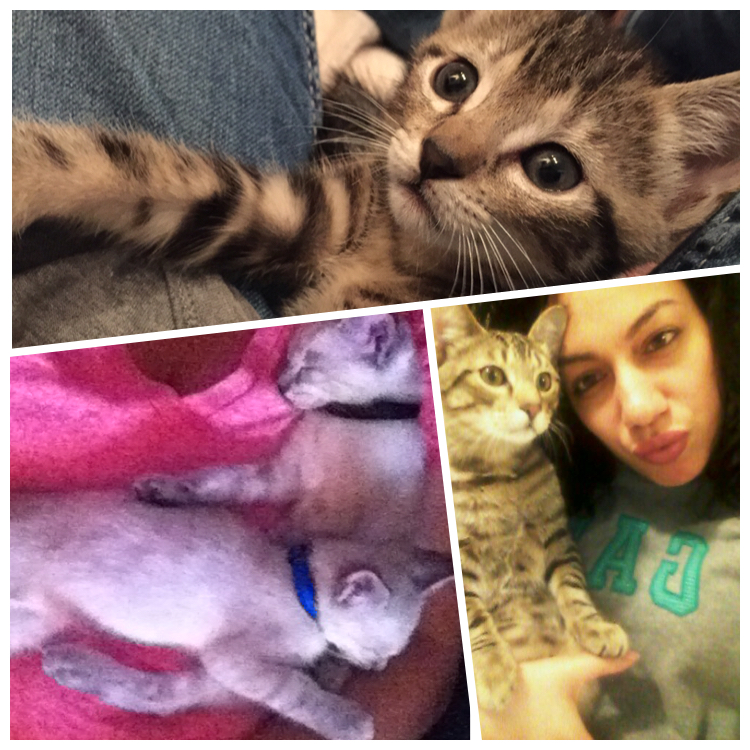 These 4 sweet kittens were found in front of a local Starbucks, later dubbed the “Starbucks kittens” :). They were abandoned in the bushes by the front door, dangerously close to 441. We picked them up and took them to the vet immediately. They were checked out and prescribed lots of love and human contact. They needed about 2 more weeks on bottled kitten milk before they would be able to eat on their own. They thrived fabulously with their foster, and were finally ready for their forever homes. 3 angels came and rescued these sweet furbabies. Lizette adopted Milo, Susan adopted Ringo and Kalluah and Carter adopted Bean. We are so happy these once abandoned and scared kittens found loving families to care for them, thank you Lizette, Susan and Carter for adopting!

About Mom- We went back to the Starbucks to locate the mother of these sweet kittens and we found her! We arranged for a TNR with Purrzilla Cat Rescue and she was spayed and released in a safe area near where we found her. We named her Ginger.

We received a call from a Chevron gas station owner in Coral Springs. He told us there is a courageous young kitten that has been hanging around the station, dodging cars for a few days. He told us that hes been feeding the kitten in a safe area, but the kitten would occasionally nap inside the wheel wells of parked cars. Very concerned, he asked if we would rescue her. We drove to the gas station with some canned cat food thinking this was going to be an easy rescue, boy were we wrong! This little orange kitten was fast! She was very skittish of people and wouldnt eat until we were a few feet away. After a few days of going to the station and gaining her trust, we finally were able to grab her. We had a few battle wounds, but it was worth it to have her safe from the busy station on the corner of two major roads. We took her immediately to the vet where we discovered she was covered in fleas and her ears were filled with ear mites. We got her fixed up and we were on our way home to a safe warm bed for the night. We began working with her to warm up to humans and she responded very well. She acted as if she knew we saved her, and was grateful for it. We tried to think of a fitting name for this beautiful girl and we landed on Chevy. Now it was time to find this sweet girl a home. We gave her to Ann, a foster volunteer, until a forever home could be found. After a couple weeks, we received no calls for Chevy. We were getting a little discouraged and thought we should take some glamour photos of her to post online. We asked Ann to send us some new photos of Chevy. We got a call 30 minutes later from Ann in tears, she was taking photos of Chevy and realized she couldnt let her go. She wanted to adopt her! We gladly accepted her application and just like that, Chevy was saved. We are told that her favorite spot in the house is on the ledge of the front room window to watch the cars go by. Thank you Ann for fostering and giving Chevy a wonderful forever home! 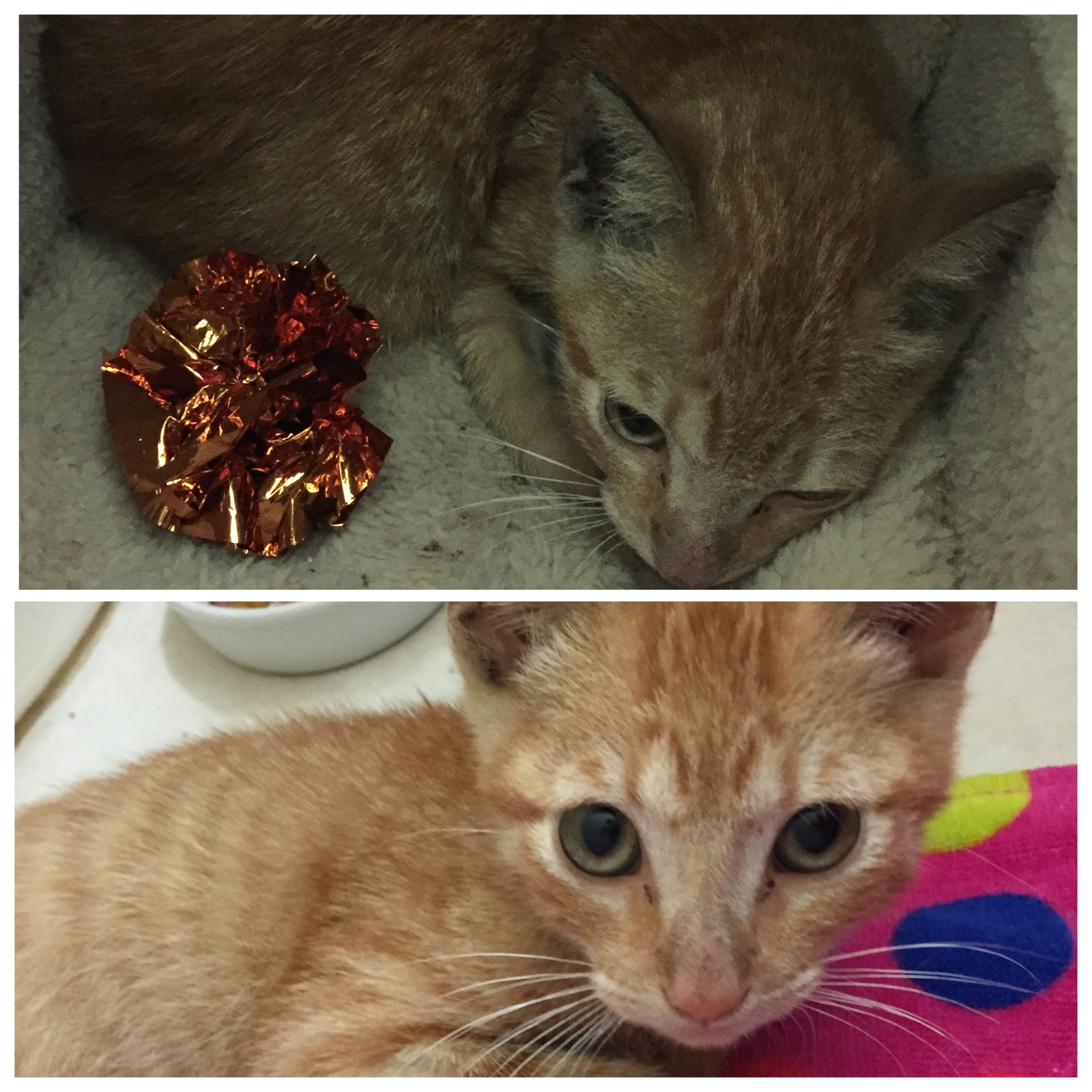 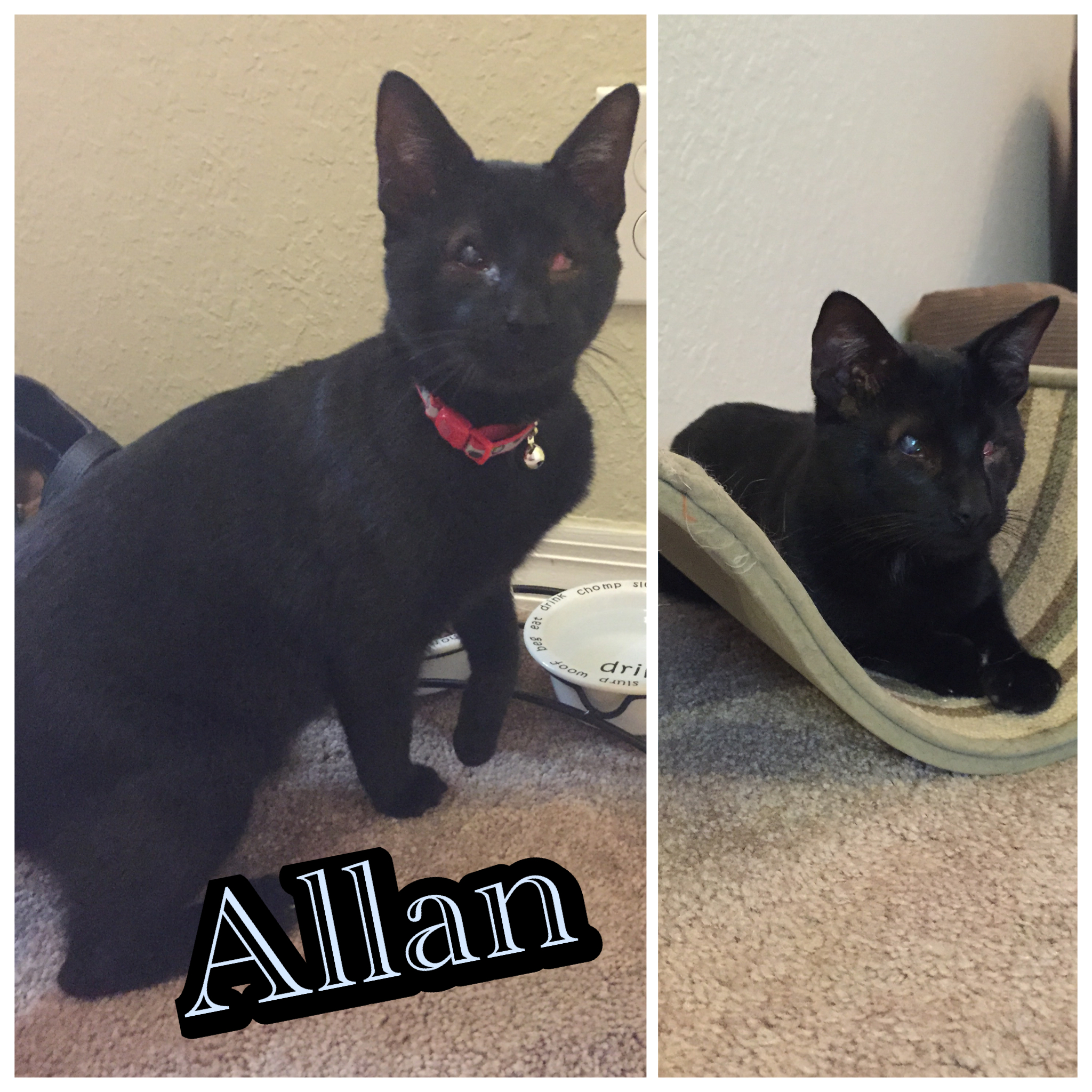 We took a trip to Nassau Bahamas Humane Society in February. They are over populated, but doing the best they can. They depend on tourists or rescue groups from outside the island to find the dogs and cats living at the shelter forever homes. We walked in and asked to see the cat section. We asked the gentleman showing us around; “Which cat is in the most need of a home?” He immediately pointed to Allan, a black cat, laying by himself, born blind, with one of his eyes missing completely. I slowly walked over to him, not knowing what to expect and he was so loving! He purred and rubbed his head all around my ankles and my feet. He was the perfect little kitty! I spoke to the director of the humane society and told her I would like to bring him home to Florida. She gladly approved, and started the paperwork. At that point I wasnt sure if I would try to find him a home or keep him, we just had such an instant connection. I got him to Florida and he made himself right at home. It took a couple days for Allan to memorize the layout of the house, he took a few tumbles and hit his head a few times, but quickly proved to be a smart little boy. I decided to adopt Allan, hes been such a blessing in our lives. I couldnt imagine my life without him.

We received a call about a litter of 6 kittens behind a doctors office in Boynton Beach. When we drove out there to check it out, they were about a week old and mom was nursing them and cleaning them. We decided that the best thing to do was leave them there while mom was caring for them and come back when they stopped nursing, needing all the mothers milk they can get. We gated off the area with mom and kittens with a space for mom to get out if she needed. The women who worked in the doctors office said they will feed and water the mom everyday, they even came on weekends when the office was closed just to check on everyone. About a week later we got a call from the office manager saying that mom took the kittens out of the gated area into an open field close to the main road, we knew we had to rescue them at that point fearing they would become prey or wonder off into the street. We gathered all 6 kittens and arranged for a TNR for mom. Foster mom, Rose, is an expert kitten caretaker and was willing to bottle feed these 6 kittens every two hours until they were old enough to eat on their own. An exhausting task, and we are so grateful to have her apart of the Animal Rescue of South Florida team. The kittens were progressing amazingly and were soon climbing, purring, licking and cuddling. When the time came to find homes it was such a blessing that they were adopted in pairs, by 3 different families. They will forever have their brother or sister who they were so attached to. Thank you to Janeath who rescued Sunshine and Hope, thank you Kendra and Dylan for rescuing Elijah and Marvel and thank you Christie and Susan for rescuing Sampson and Abby. These kittens are truly lucky to have found such amazing families, and warm safe beds. 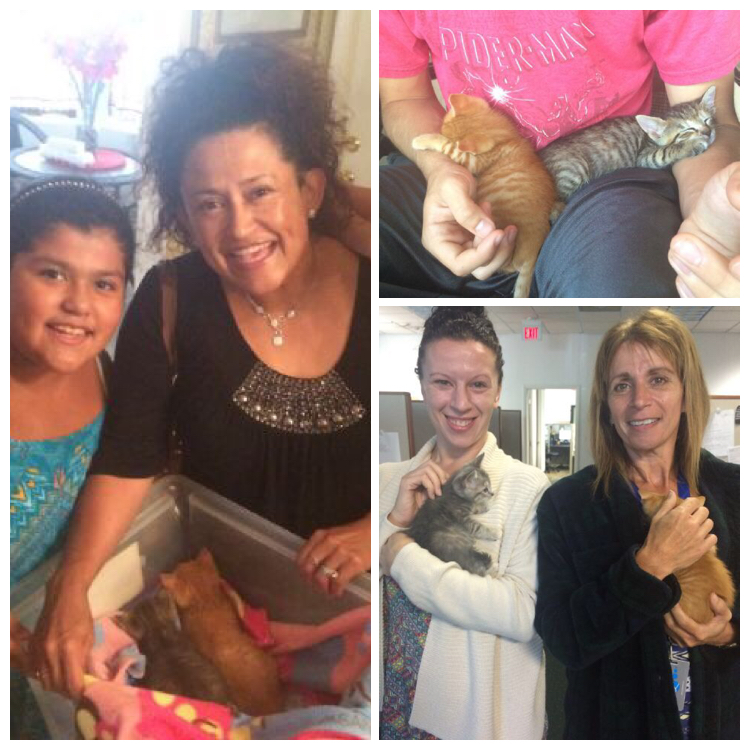 We thank you for coming to visit our website and for your interest in Animal Rescue of South Florida.

Thank you for all of your support, we couldn’t do it without you!